Fall is almost here and that means this summer’s Palo Alto Networks interns are off to another school year and another year of study. But before our 2016 interns leave, they are given the opportunity to showcase their summer projects at our annual Internfest. This year was the first we had interns in three main U.S. offices, and each location held its own event.

In Santa Clara, interns had the opportunity to present to the entire HQ employee population. Forty-five interns were in attendance and eager to share with everyone willing to listen. Ranging from our R&D teams all the way through to Marketing, Finance and Legal, our interns worked on meaningful projects that are already making a positive impact on the company.

From the moment the doors opened, our interns were quizzed by our employees, including our executive leaders, eager to learn more about what the interns had learned and how much they had achieved in their three months with Palo Alto Networks. The promise of a free T-shirt may have lured them in, but the amazing work the interns presented made it hard to leave. 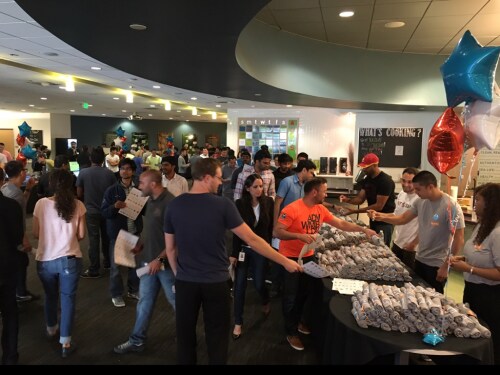 Over in Virginia, seven of our Reston interns presented to a small group of employees, including our CSO, Rick Howard. With presentations from Unit 42 interns, a Global Security Response Team (GSRT) intern and a Threat Support intern, there was plenty of knowledge sharing among this group. 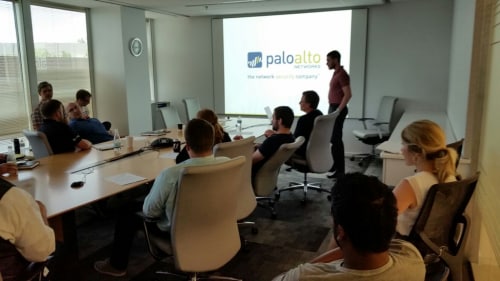 Our third event was held in our Plano, Texas, office, where six Inside Sales interns were busy honing their “pitch” over the summer. With Inside Sales VP Josh Hoffman in attendance, the interns presented everything they had learned over the previous 10 weeks to an eager audience.

The University Relations team would like to thank all of the teams who helped support this successful event. The goal of our internship program is to build a pipeline of future talent for Palo Alto Networks, and we hope to see some of them come back as interns next summer or make the transition into a full-time hire upon graduation.

For any questions relating to Internfest or the hiring of interns for FY17, please contact UR@paloaltonetworks.com