Nesine.com is Turkey’s biggest sport betting and lottery platform. It is one of six betting companies in a market highly regulated by the Turkish government. Nesine.com claims more than half of all bets placed in the country go through its online platform.

The Turkish government is expected to open up live betting events in August 2019. The changes will mean that, rather than placing bets in advance, customers will be able to bet continuously throughout live events, making the market more dynamic. Similar changes in other countries have led to huge spikes in traffic. Nesine.com and its competitors are building the infrastructure to accommodate this increase.

Nesine.com saw an opportunity to address its long-term security strategy. The company was in the process of building two new data centers—the second a disaster recovery site—and wanted to upgrade its security.

“As a company that serves more than 4 million members, our top priority is the security of the personal data of our customers,” says Koray Kabadayi, Chief Technology Officer (CTO) for Nesine.com. “The most common threat we receive is the brute force attack.”

“Our previous firewall platform had grown difficult to manage and maintain,” says Deniz Görmüşoğlu, IT manager for Nesine.com. “Due to the high rate of traffic that we have, we could not pass all the traffic through this device. We had several performance issues, and we encountered software bugs multiple times.”

Nesine.com considered options from several leading security providers. The imminent opening of the two new data centers created an urgent deadline. “This was a major project, and it meant we had little time to conduct a thorough proof of concept. We needed a security platform we could trust,” says Kabadayi.

“We have very fast-changing dynamics,” says Kabadayi. “Simplicity and easy management are the most important factors for us.”

Palo Alto Networks enables Nesine.com to divide its traffic into two segments: one for the internet traffic members create, the other for internet traffic in the data centers. “Both sets of traffic are of great importance for us. We’re able to observe both the external and unknown internal attacks,” says Görmüşoğlu.

Nesine.com deployed Palo Alto Networks firewalls in its two data centers in January 2019. Görmüşoğlu says the Palo Alto Networks proposal—backed by references, technical support, and design guidance—provided a level of assurance not found in any other platform.

Görmüşoğlu continued, “We’ve adopted a ‘zero defect policy’ in regard to security, and all our research led us to Palo Alto Networks. It was a security platform we felt we could trust.”

“The result,” says Kabadayi, “is a security position that is more effective and easier to manage. Today, Nesine.com has complete visibility over its network security. It has clear reporting and the means to take informed action on daily threats.” “The App-ID feature is one of the most noteworthy reasons for choosing Palo Alto Networks,” says Görmüşoğlu. Instead of traditional port-based authorization, Nesine.com can use App-ID™ technology to either permit an application with one rule or block it.

“There is a great deal of value in being able to observe the applications that circulate in your network,” he explains. “Through our examinations, we’ve detected that there were multiple unnoticed applications.”

He says rule sets have decreased by 30% compared to the previous security offering. “Thanks to App-ID, we’re now able to write multiple rules into only one. If you don’t have a feature like this, it can be hard to configure a system to prevent attacks. You can misconfigure or block customers that don’t attack you. We’re now accurate in what we block.”

Nesine.com has merged the firewall and intrusion prevention system (IPS) devices with Palo Alto Networks and plans to add endpoint security in the future.

“Overall, the business enjoys a greater sense of security. As a market leader in a growing sector, our network traffic is increasing each day. With Palo Alto Networks, we’re now able to observe all of our traffic. We’re now seeing details that we were not able to see before—and are taking actions to avoid them,” says Kabadayi.

“We think we made a right decision with choosing Palo Alto Networks. We feel safer.” 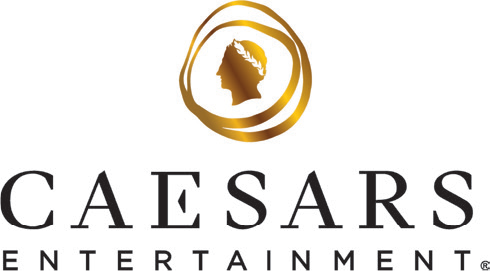 The Pokemon Company International Inc. was on a mission to protect the company's AWS cloud deployments, meet compliance, and scale to support rapid expansion and a growing global user base. Prisma Cloud by Palo Alto Networks simplified Pokemon’s path to PCI Compliance with consistent monitoring and one-click reports and helped bridge the gap between InfoSec and DevOps teams with simplified security, real time alert reporting and automated configuration management.