On July 16, 2013, Palo Alto Networks WildFire detected a new kind of Android malware that we have named Parasites. We will use this post to provide some technical details around this family of malware to benefit our customers, the security industry and other malware researchers. The malware was detected as part of a repackaged app named “SystemApp Remover” and a legitimate version of this app is available for sale on the Google Play Store for $1.02. The package name of the detected malware sample is com.danesh.system.app.remover, and its package signer is “Android”.

Based on analysis from WildFire, the malware sample seems to be distributed by a mobile advertising company in China, named WinAds. Since WinAds does not have its own app store, it is likely that this malware was promoted by WinAds and was pushed to the user.

Compared with the legitimate app, we observed that the repackaged APK file includes two independent payload APK files hidden in the /lib folder. The file names are “/lib/ s.pcb” and “/lib/c.pcb”. Unlike other Android malware families, the author did not intend to install these two APK files. Instead, the malware APK will dynamically load these two payload files when receiving certain system broadcast intents (e.g., when the user unlock the screen).

The s.pcb and c.pcb work independently. The file s.pcb specializes in SMS interception and sending SMS in the background, while c.pcb controls file download management, displaying ads, and tricking the user into installing downloaded APK files. That is the reason we named the malware Parasites, as the two payload APK files are attached to the “victim” APK file through the added launcher codes.

The Parasites sample shows a template to add or remove a payload APK. It also shows an interesting trend of Android malware. The attacker can easily attach a malicious APK file to a legitimate app APK. Further, the same launcher code can be reused to repackage other victim APK files without any changes. This capacity allows the attacker to generate a large number of malicious APK files very easily.

In Figure 1, we show a comparison of AndroidManifest.xml files of the legitimate APK file (on the left) and that of the repackaged APK file (on the right).  The attacker simply appends the following contents after the original content:

In Figure 2, we show the (reversed) source code of the legitimate APK file downloaded from Google Play (on the left) and the repackaged APK file (on the right). As shown in the figure, the source code of malware sample is highly obfuscated. However, the organization of Parasites is still neat and straightforward.

The attack functions are provided by s.pcb and c.pcb. As these two APK files work independently, we discuss the technical details of both APK files separately.

s.pcb is an complete and independent APK file but it is not signed. By reversing the APK file, the package name is “com.lcq.sm”. The s.pcb will be loaded when the user unlock the touchscreen (i.e. android.intent.action.USER_PRESENT), or when smartphone connects to a WiFi network (i.e., android.net.conn.CONNECTIVITY_CHANGE), or when a new app is installed on the smartphone (i.e., android.intent.action.PACKAGE_ADDED). The app name is “SMSIntercept”.

The s.pcb APK has the following key functions:

After being loaded, s.pcb first communicates with the url http://sm1.wombin.com/pages/ExistsMobile.ashx to request the receiver phone number. The returned results are in the format of JSON object. Figure 4 shows an example of these results:

Figure 4. The sm.xml that contains the specifications for sending SMS messages and the Icon of s.pcb.

Then, the malware APK composes a SMS message that includes the infected device’s ID as content, and sends the SMS in the background to the number provided by the malicious URL.  Every time the s.pcb APK  is loaded, it will attempt to send a SMS message.

s.pcb monitors the intents broadcasted on the infected device. The SMS interceptor is implemented in class “com.lcq.sm.ISR”. When the intent “android.provider.Telephony.SMS_RECEIVED” is received, the s.pcb will first check the content of received SMS message with criteria stored in sm.db file. If there is a match, the s.pcb will log the received SMS in the database file sm.db, and then block the broadcast by calling the BroadcastReceiver.abortBroadcast() function, so that the user will never see the incoming SMS. The structure of sm.db file is shown in Figure 5.

Specifically, the communication functions include:

c.pcb is also an unsigned APK file. By reversing the APK file, its package name is “com.ulk.app”. The intents are exactly the same as those seen in s.pcb. As such c.pcb is loaded when the user unlocks the touchscreen (i.e. android.intent.action.USER_PRESENT), or when the device connects to a WiFi network (i.e., android.net.conn.CONNECTIVITY_CHANGE), or when a new app is installed on the device (i.e., android.intent.action.PACKAGE_ADDED). The app name is “Test App” when we managed to install it separately.

c.pcb downloads files with a given address and saves the APK file on the SD card. Further, all the downloading records are saved in a database file located in “/data/data/com.danesh.system.app.remover/databases/LDownload.db” file. The structure of this file is as shown in Figure 7.

c.pcb allows the attacker to send promotions to the device and display the them via the notification service. In c.pcb, the promotion information is called “ad” and each ad is uniquely identified by a gid.  The titles and images displayed in notification messages are also sent from the attacker. To keep track of these types of “ads”, c.pcb maintains a database file in the “/data/data/com.danesh.system.app.remover/databases/lock.db” file. In this file, detailed information is logged as shown in Figure 8.

Figure 8. The lock.db file that keeps all the promotion information (the gid is the unique id of each entity)

c.pcb does not claim the permission to install the downloaded APK files directly. Instead, we observed that the malware attempts to trick the user by sending notifications. c.pcb provides two types of notifications, one is through the standard notifications bar on the top of screen, and the other is by popping up an AlertDialog. For example, class com.lsc.sc.f builds an AlertDialog object with the message in the Dialog as “You have downloaded apps that have not been installed yet”.  By default, when the user attempts to open a downloaded APK file, the Android OS will consider this action as “attempting to install this file”. The system app will handle the installation.  This saves the APK installation task and the corresponding security permission for the c.pcb.

c.pcb communicates with wombin.com, and we observed the following actions: 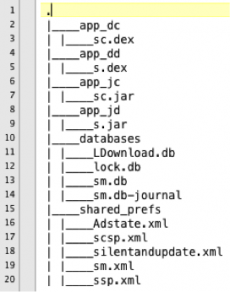 Figure 9 The organization of local storage maintained by Parasites.

The sha256 value of detected malware APK file is