Palo Alto Networks joined a cybersecurity business development mission of 14 U.S. ICT companies to Japan, Korea and Taiwan from May 16–24, 2016. The mission, led by U.S. Assistant Secretary of Commerce Marcus Jadotte, aimed to foster cooperation with these countries on cybersecurity from both a policy and business angle, exchanging challenges, experiences, ideas and best practices from both government and industry perspectives.

Palo Alto Networks was honored to be part of this high-level delegation. As three of the most developed and networked countries in Asia, Japan, Korea and Taiwan have extremely digitized economies, ICT-savvy businesses and citizens, and some of the most advanced manufacturing in the world. Thus, these countries have essential roles to play in helping the region chart a solid course in cybersecurity policies that take account of the interconnectivity and interdependence of each other and the global economy.

Each stop offered numerous opportunities to engage with governments, academics, industry officials, and other thought leaders, all of whom are taking steps to craft workable approaches to cybersecurity. All three stops included conferences or workshops where participants shared about their current cybersecurity policy activities. Palo Alto Networks spoke at the Spotlight on Cybersecurity Conference in Tokyo and the Korea-U.S. Cybersecurity Policy and Business Exchange in Seoul, providing our views on cybersecurity in critical infrastructure and the Internet of Things (IoT), as well as the increasing emphasis we see in the United States on cybersecurity being viewed as an issue for the C-suite.

The Taiwan stop of our trip from May 23–24 had fortuitous timing, coinciding with the first two days of the new administration that had been inaugurated the prior week. Taiwan President Tsai Ing-wen has made cybersecurity one of her top priorities, and the government plans to finalize and pass later this year its pending Cybersecurity Act, which will lay out expectations and requirements for the government as well as government-owned companies and infrastructure on cybersecurity. We look forward to working with Taiwan as it passes this law.

All in all, the mission shed extensive light on activities in the three countries. We appreciated the governments of Japan, Korea and Taiwan sharing with us their current actions and future plans to strengthen their cybersecurity and seeking industry’s input on these initiatives. Japan, Korea and Taiwan alike are devoting more government and private sector resources to combat cyberthreats, and protect critical infrastructure, and investing in computer emergency response teams (CERTs), cyberthreat information-sharing, public-private partnerships, and international cooperation.

Palo Alto Networks commends the U.S. government for organizing this mission. The leadership from Washington was complemented in each capital by senior U.S. embassy officials—including Ambassadors—who hosted our delegation and counterpart government and industry officials, signifying the importance placed by the United States on dialogue and cooperation on cybersecurity with these three countries. The mission facilitated extremely fruitful discussions that are hugely important both in government and industry. We look forward to building upon the relationships and partnerships we have in Japan, Korea and Taiwan and continuing to work with these leading countries to enhance cybersecurity and resilience in the global economy. 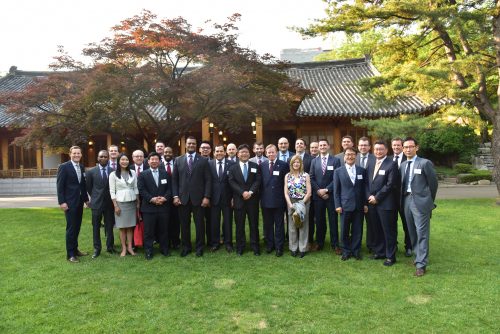