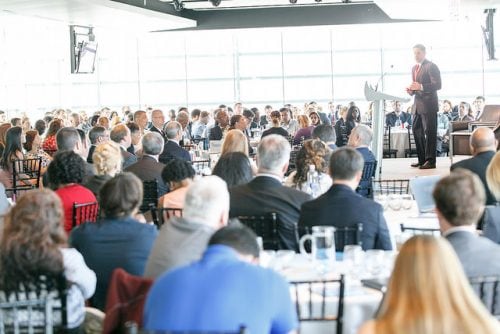 The Forum brought together a broad range of stakeholders, with perspectives from civilian government, military, law enforcement, the intelligence community and the private sector— clear recognition that cybersecurity is a fundamentally distributed problem that can only be addressed through partnership across the ecosystem. 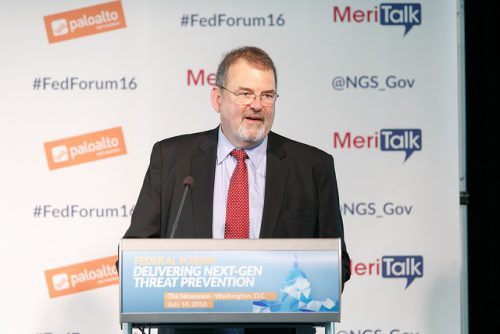 Over the course of the panel and keynote discussions at the Forum, some key themes emerged: 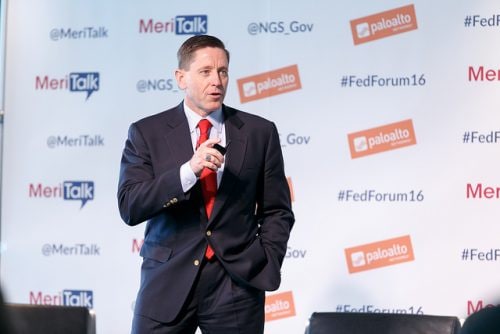 Our CEO, Mark McLaughlin, delivered a morning keynote that discussed how a prevention-based approach to cybersecurity is key to protecting our way of life in the digital age. Mark emphasized that security and people’s trust in the web-connected services and devices we use every day are not mutually exclusive and, instead, that security must provide the foundation for trust. This point underscored the key role that prevention-minded security platforms play in helping foster and reinforce the trust people have in using digital technology.

Federal CIO Scott kicked off the day with a keynote discussing the government’s push to hire more cyber professionals in the public sector and its focus on hiring talent with diverse backgrounds and skill sets, such as behavioral sciences and economics. He also discussed the need to authorize an IT modernization fund, citing that 80 percent of the federal IT budget currently goes to maintenance costs for obsolete legacy systems. 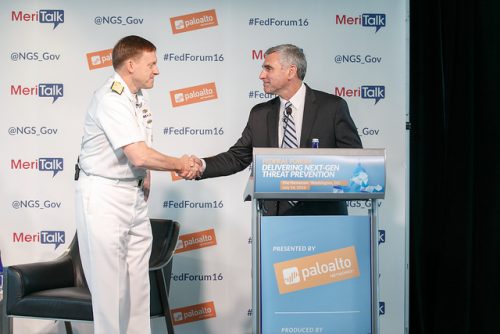 Congressman Hurd, who chairs the IT subcommittee on the House Oversight and Government Reform committee, also covered the importance of threat information sharing between government and industry and the need to modernize IT systems in the federal government. Hurd made news during his keynote by announcing he would introduce the Modernizing Obsolete and Vulnerable Enterprise IT (MOVE IT) Act to Congress.

In the closing keynote, Admiral Rogers offered his perspective on the evolving threat landscape, including the recent rise of ransomware and how the government can best respond to prevent this increasingly prevalent threat. 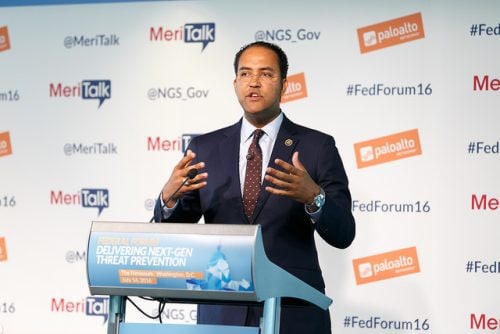 We would like to thank all of our speakers for sharing their unique insight and everyone who joined us last week at the Federal Forum for a truly collaborative discussion.

If you weren’t able to make it to the event this year, fear not—we are launching our inaugural Palo Alto Networks Federal Ignite event in Washington, D.C. in October 2017. Stay tuned here for more details.