How is network security managed in your Google Cloud environment? This question has been under frequent consideration for security operations teams as domain responsibilities increasingly intertwine with the added complexity of infrastructure management within public clouds. On one hand, sophisticated hackers and state-sponsored threat actors are constantly scanning internet-exposed instances and exploiting newly found vulnerabilities. While on the other side, security teams increasingly face a multitude of challenges in scaling operations to detect and respond to threats effectively. This is a concerning paradigm, presenting a difficult scenario for understaffed security operations teams.

As presented, there is much more work to be done in the complicated and dynamic nature of cloud security and incident response operations. Unfortunately, enterprises lack many of the needed capabilities to achieve speed, scale and accuracy for effective response and remediation measures. 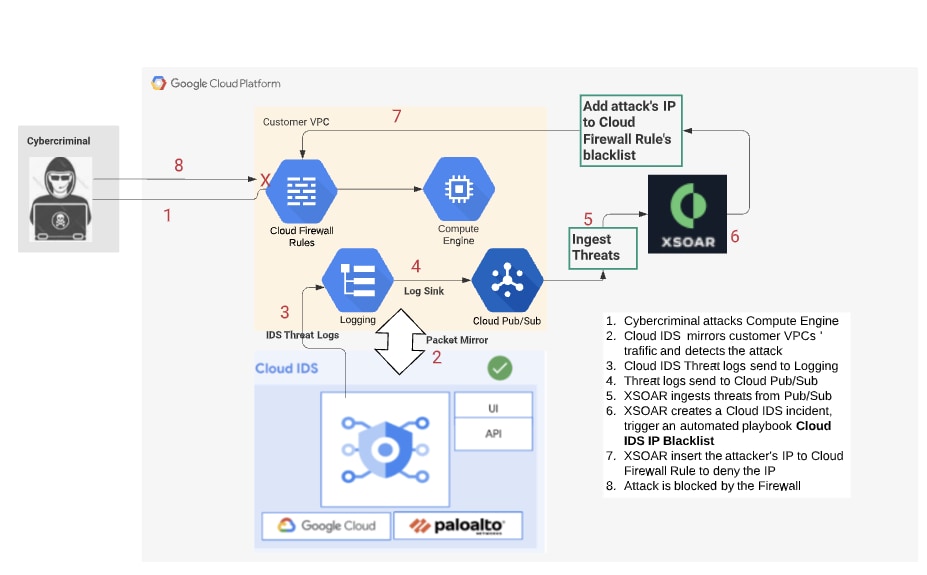 All Cloud IDS alerts are readily ingested into Cortex XSOAR 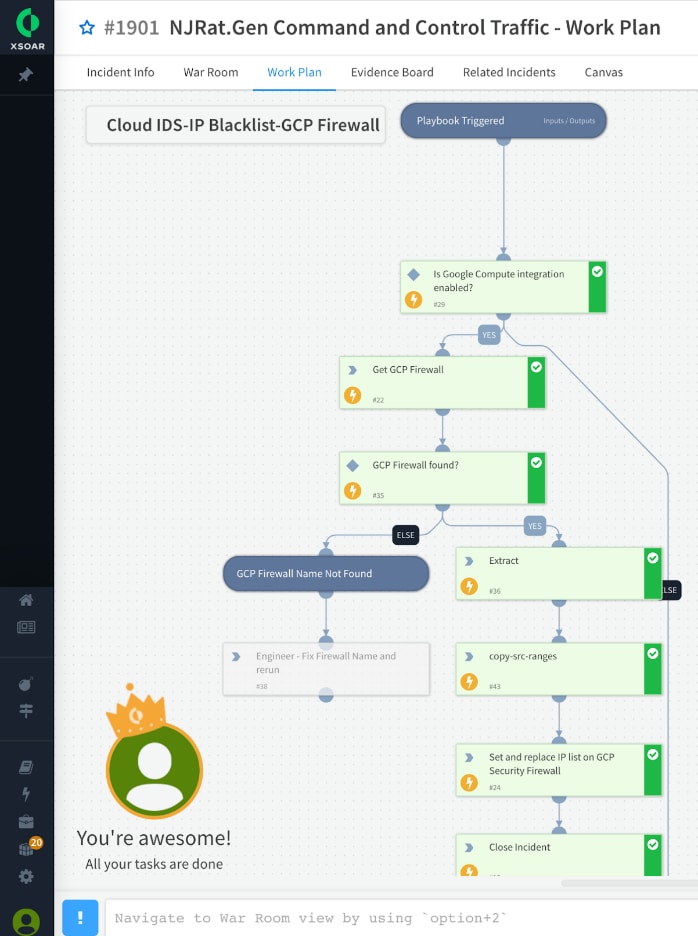 With the help of Cortex XSOAR and Google Cloud IDS core capabilities, security operations, incident response and threat intel teams can work more efficiently by eliminating manual processes surrounding threat detection and response. Cortex XSOAR can automate the process of intrusion investigation, enrichment and threat hunting by orchestrating across Google Cloud and related tools (e.g., SIEM, firewalls, endpoint security and threat intelligence sources). The resulting scenario enables enhanced coordination and orchestration across security teams so that you can minimize risk and exposure to the enterprise.

You can learn more about Google Cloud IDS and sign up for access to the preview or take a deeper look at Cortex XSOAR and try the free Community Edition.