Command-and-control attacks can compromise an entire network. Find out what they are and how they work.

Malicious network attacks have been on the rise in the last decade. One of the most damaging attacks, often executed over DNS, is accomplished through command and control, also called C2 or C&C.

The attacker starts by infecting a computer, which may sit behind a firewall. This can be done in a variety of ways:

Once communication is established, the infected machine sends a signal to the attacker’s server looking for its next instruction. The infected computer will carry out the commands from the attacker’s C2 server and may install additional software. The attacker now has complete control of the victim’s computer and can execute any code. The malicious code will typically spread to more computers, creating a botnet – a network of infected machines. In this way, an attacker who is not authorized to access a company’s network can obtain full control of that network.

What Can Hackers Accomplish Through Command and Control?

How do you stop attackers from using DNS against you? Read our white paper to learn the steps you can take. 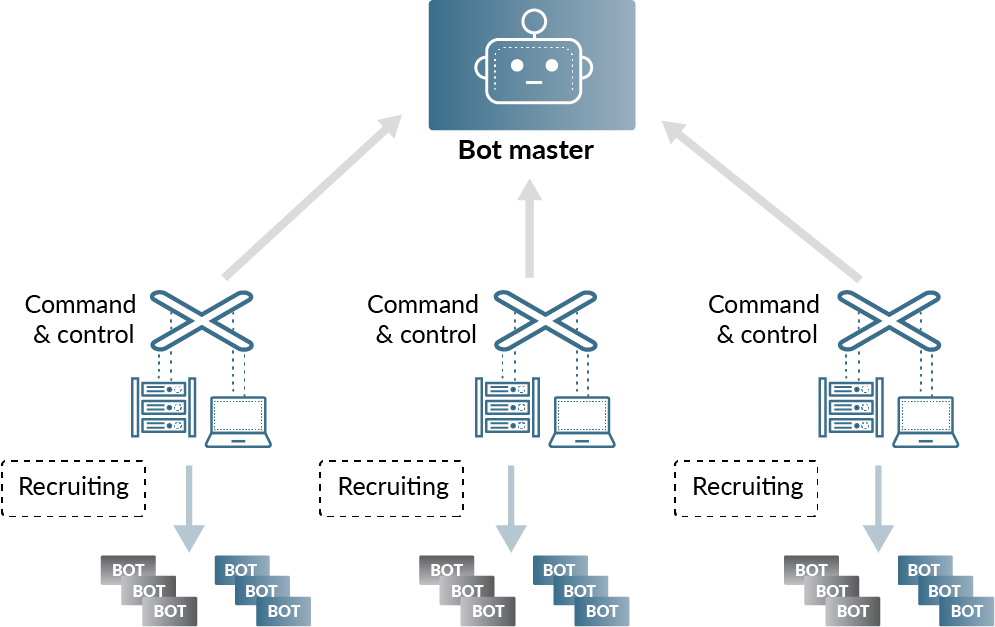