The move to AWS was one of, we just needed a better way to do large deployments.

Traditionally we would have to go onsite, install, do this training. And the leaders of the company decided, "well we have the ability to run this hardware on a platform that isn't ours, but we have more flexibility. So let's try it".

We literally spun up the account in 10 minutes. And that was the beginning of the end.

So Palo Alto helps us with security and SecOps – being the 'set it and forget it' approach. So we've gotten to the point now where we have regular security checks, and we primarily rely on Palo Alto for that.

Being a small company we can't go become certified in things like ISO. So the next thing is to find something that would give us the ability to say that we're compliant.

It helps us tighten security around things. So, there may be some new regulation that came out and we need to change security a slight bit. And Palo Alto has been really good in telling us, "well this thing has not happened, you need to fix i"'.

So AWS gives us the ability to do compute and run our application, and Palo Alto helps us make it secure. 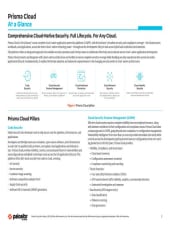 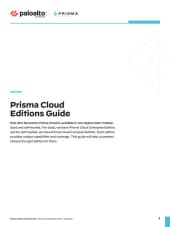