“Exploits being used by Threat Actors in active campaigns are the most likely source of compromise that enterprises face every day.  The Palo Alto Networks PA-5020 was the only product that blocked 100% of these live exploits during our test, and 98.8% against all exploits, earning a recommendation by NSS Labs for security effectiveness.” 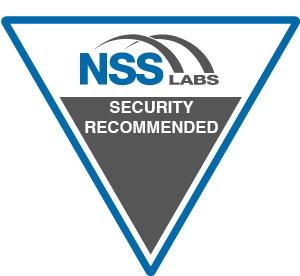 There’s a lot of deep-level technical security information inside the report but I wanted to pull out a few highlights to give you a taste of what’s included.  Of course I invite anyone to read through the detailed report, which is posted at http://go.paloaltonetworks.com/nss.  And, as an aside, if you want to read a primer on how bad guys attempt to sneak past IPS systems, the NSS Report is an excellent starting point.

NSS Labs employs a number of tests in order to evaluate a product’s overall exploit block rate. The first grouping of tests taps into a library of over 1800 exploits that exercise different attack vectors, impact types, and older exploits to make sure vendors don’t age out signatures in order to preserve performance levels.  For this first grouping of tests Palo Alto Networks successfully blocked 1852 of 1898 exploits to achieve an overall rate of 97.6%.

The next group of tests produced some results that I am particularly proud of.  Mr. Phatak makes a reference to a live exploit test in his quote.  This is a very interesting exercise that focuses on active threats and attack methods discovered by the NSS global threat intelligence network over the course of many months during the test window for the overall NGIPS evaluation of the Palo Alto Networks IPS service.  In other words, these are exploits that each vendor must block without any prior testing or planning.  During this time window, the NSS researchers hurled 613 previously unknown exploit at the Palo Alto Networks IPS service and the service blocked all 613. Palo Alto Networks is the only company that achieved a 100% block rate.

Other highlights include performance where the PA-5020 delivered 2.97 Gbps of NGIPS throughput, nearly 50% above our documented rate of 2 Gbps.  And we cruised through all resistance to evasion, stability and reliability, and application control tests.

As a CSO, I look at these results as a strong testament to my long-held belief that prevention isn’t futile. With the right approach across people, process and technology, organizations can in fact prevent the bulk of advanced threats.  While the focus of this particular evaluation is on our own IPS’s ability to block known exploits -- which we clearly excel at - it is but one element of preventing known and unknown attacks down the attack life cycle that also includes stopping the delivery and installation of malware through malicious domains and URLs and foiling the establishment of command and control activity channels. This latest NSS NGIPS Test Report validates a key and essential component to the Palo Alto Networks system of systems approach and I am very proud.