Discussing Cybersecurity at the Canadian Club of Ottawa: Canada’s Podium of Influence

John Davis, retired US Army Major General specializing in cybersecurity and current VP and CSO, Federal at Palo Alto Networks, was invited by the University of Ottawa’s Security and Policy Institute to speak at the Canadian Club of Ottawa. The Canadian Club of Ottawa first opened its doors in 1903. Since then, it’s been designated as Canada’s podium of influence. Past speakers include some of the world’s most prominent business leaders, politicians, academics and artists.

John kicked off his presentation with a brief introduction of his career in the US Military. He then talked about how a security breach in 2008 sparked the creation of the US Cyber Command of which he oversaw. He used this as the backdrop reference point for his Cybersecurity Concept Model which contained four specific perspectives:

John went on to describe several imperatives for cybersecurity success in the digital age based on lessons learnt from his experience in the US military. (Read John’s four-part blog series on those imperatives.)

Thanks to everyone who participated in this great luncheon! 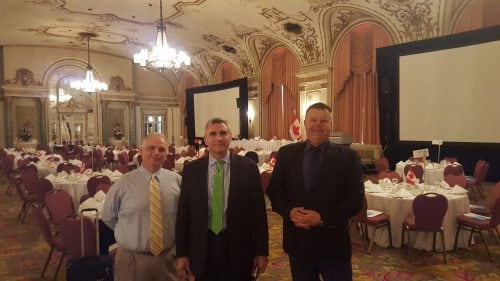 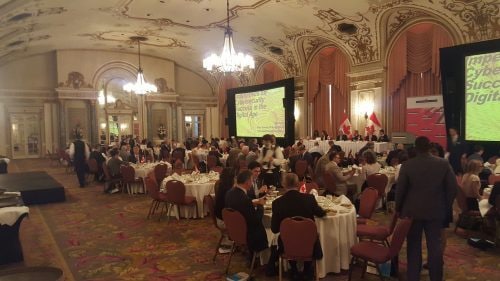 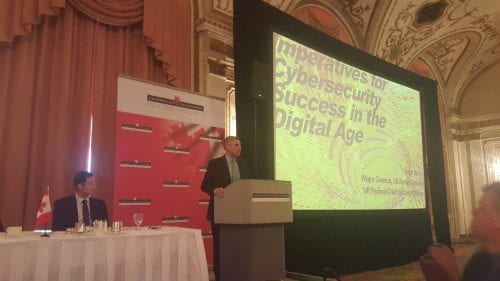 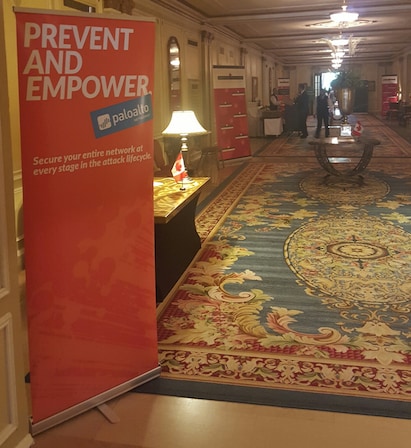