There are times in service provider cybersecurity conversations when the descriptors are dropped, and the topic just becomes “automation.” However, based on the audience’s perspective and focus with only the network or security aspects, this may limit complete understanding of the benefits provided when both types of automation are used in tandem. 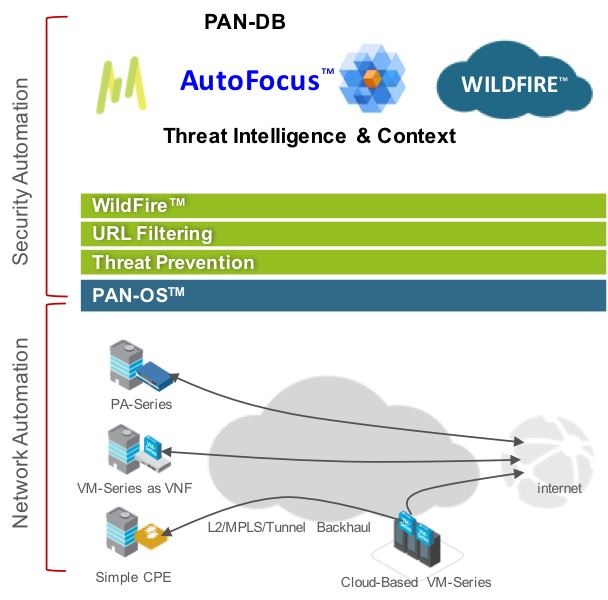 The networking industry continues to transform from purpose-built hardware like routers, switches and firewalls to software-centric models that can leverage general-purpose or mass-market hardware. Network automation is often tossed around in conversations accompanied by acronyms such as SDN (Software-Defined Networking) and NFV (Network Function Virtualization). The key with automation in this environment is the ability to instantiate a virtual system as a piece of the network – that is, to get the system up and running, connected to peers, and ready to move packets – without direct human intervention. Network automation could be applied to internal private networks using VMware, or in public cloud environments such as Amazon Web Services or Microsoft Azure, or with platforms used across public and private deployments, such as OpenStack.

While rapid instantiation of a virtual network function is often good enough for network automation of routing and switching functions, it is only the beginning for security.

Security is a dynamic ecosystem of enforcement, threat analysis, threat feeds and signature updates that allow it to adapt as adversaries leverage previously unknown exploits and malware techniques. This is a world that never sleeps and keeps evolving.

Rick Howard, our Chief Security Officer, gives a great perspective on security automation in a March 2017 interview on Federal News Radio. Rick reinforces the idea that manual security techniques will always stay behind automated adversaries and provides insight into how to move to automated security.