Ignite #igniteselfieIgnitekeynoterecap
By Chad Berndtson
April 2, 2014 at 12:47 AM
5 min. read

Following on a big Day 1, the second day of Ignite 2014 was action-packed from beginning to end, starting with a keynote session that touched on all aspects of the Palo Alto Networks story and also brought to the stage several of today’s most innovative thinkers on mobile, cloud, and other trends that call for a next-generation approach to enterprise security.

We’ve doubled our attendance from the last Ignite conference and are excited to see so many new faces. Read on for details of today’s great discussions.

As the keynote portion of the morning kicked off, Palo Alto Networks Chairman, President and CEO Mark McLaughlin described how a perfect storm of technology shifts – including cloud and virtualization, social communication, mobility and BYOD and software-as-a-service – is forcing organizations to re-evaluate their security posture. 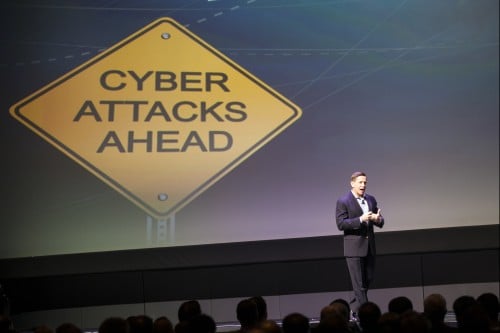 Mark stressed the need for superior security with superior total cost of ownership and that a true platform approach to solving security challenges is both highly integrated and highly automated. The Palo Alto Networks approach includes not only a next-generation firewall but also a next-generation thread cloud and a next-generation endpoint – all of which we can now deliver to customers.

Several technology leaders then took the stage to talk about different technology shifts and the need for next-generation security at each stage.

Dominic Orr, president and CEO of Aruba Networks, explained how “gen mobile” presents both a challenge and an opportunity for enterprises, which must look at policy, visibility, context and enforcement when adopting mobile security solutions. 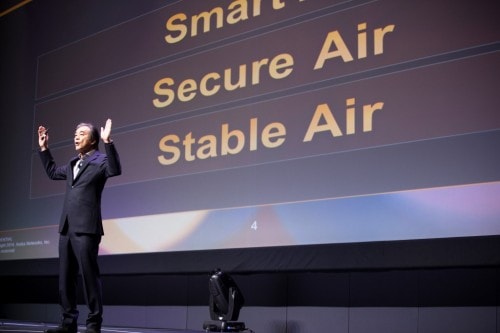 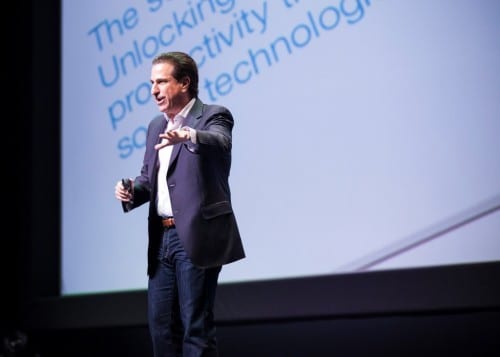 “The social business enterprise is the business,” Tony said. “The cloud is here and here to stay.”

Next up was Aaron Levie, co-founder and CEO of Box, who in conversation with Mark explained that categorizing content with different security priorities is the strategy most companies will employ going forward. 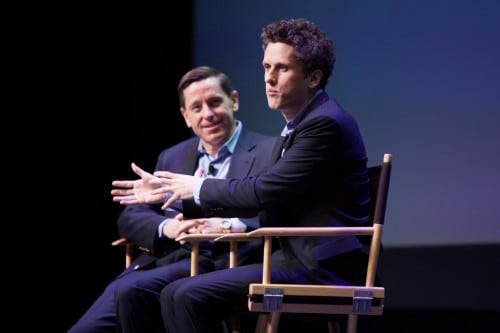 Following Aaron came Carl Eschenbach, President and COO of VMware, who along with Rod Stuhlmuller, Director of Product Marketing for VMware NSX, detailed the software-defined data center and explained that SDDC is not so much a target as a weapon. Thanks to SDDC, said Carl, micro-segmentation will be possible on the enterprise data center network. 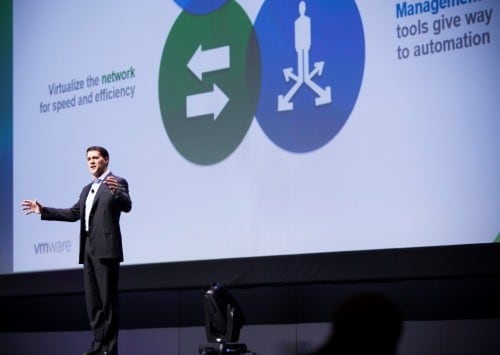 “What’s the mother of innovation? Necessity. And there is no field that has more necessity than security,” Dan said, adding that all security professionals are aligned in a common cause to fight back against cybercriminals. 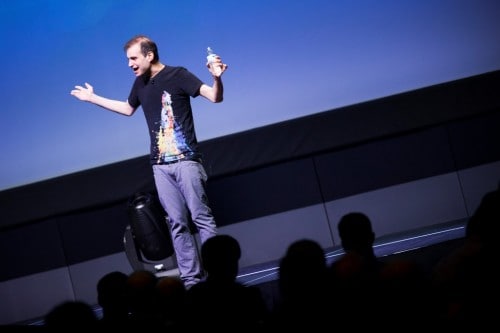 All keynoters then returned to the stage to take questions from the packed audience. 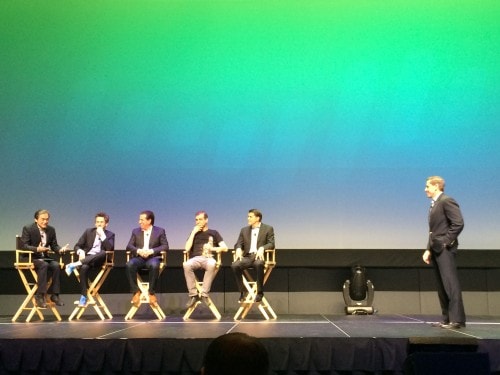 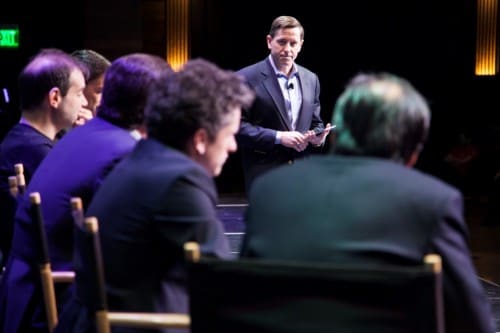 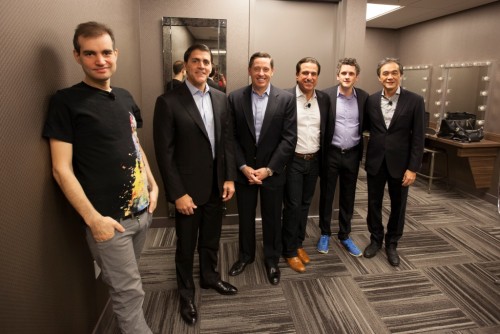 So far at Ignite we’ve spent time in breakout sessions, in our Ignition Chamber, in Expert Lab 1-on-1s, and in the halls, coffee shops and bars here at The Cosmopolitan getting to know one another.

Another full day is on tap for tomorrow, so for now, here are a few reminders:

And here’s a look at what Ignite attendees are saying about their experiences on Twitter. Tweet to @Ignite_Conf or leave a comment below and let us know how things are going!

Checking out @ignite_conf by Palo Alto Networks @Cosmopolitan_LV. Never seen this many security geeks in one place! #Ignite2014

@Ignite_Conf Full house for the super secret Track#6 introducing the next generation in endpoint security...CYVERA pic.twitter.com/XhPJAgPaOu